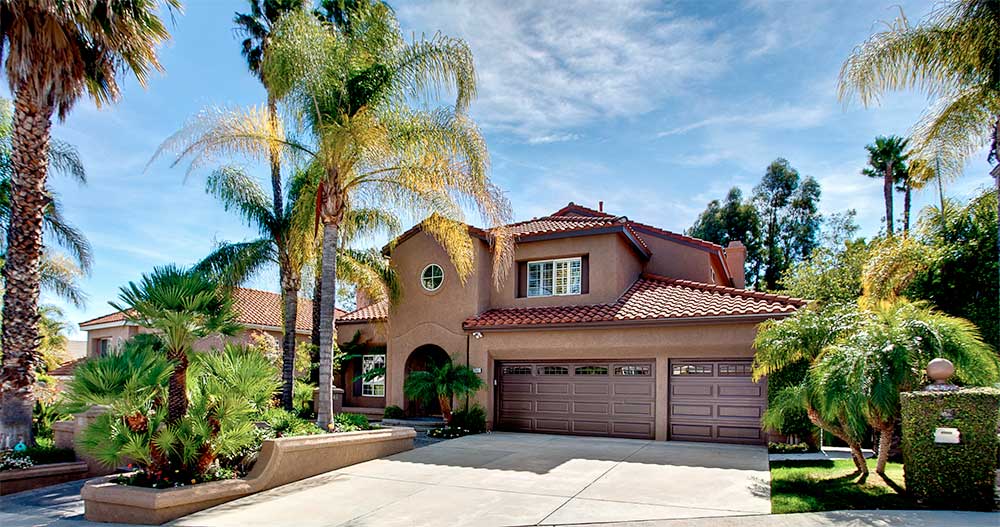 25 Jan Who is coming and who is going: California Real Estate Movement

California stands tall among other states in terms of economic standing and agreeable living. A desirable state to live in, each year hundreds of thousands of new residents arrive in California from other states. What defines these residents — and what about the people leaving the Golden State each year for other parts of the country?

Read on for a glance into the demographics of the newcomers and those who have moved on.

The numbers on domestic migration

Of the California population in 2016:

While the percentage of people moving into and out of California for other states is small, it points to a continued trend in negative domestic migration. 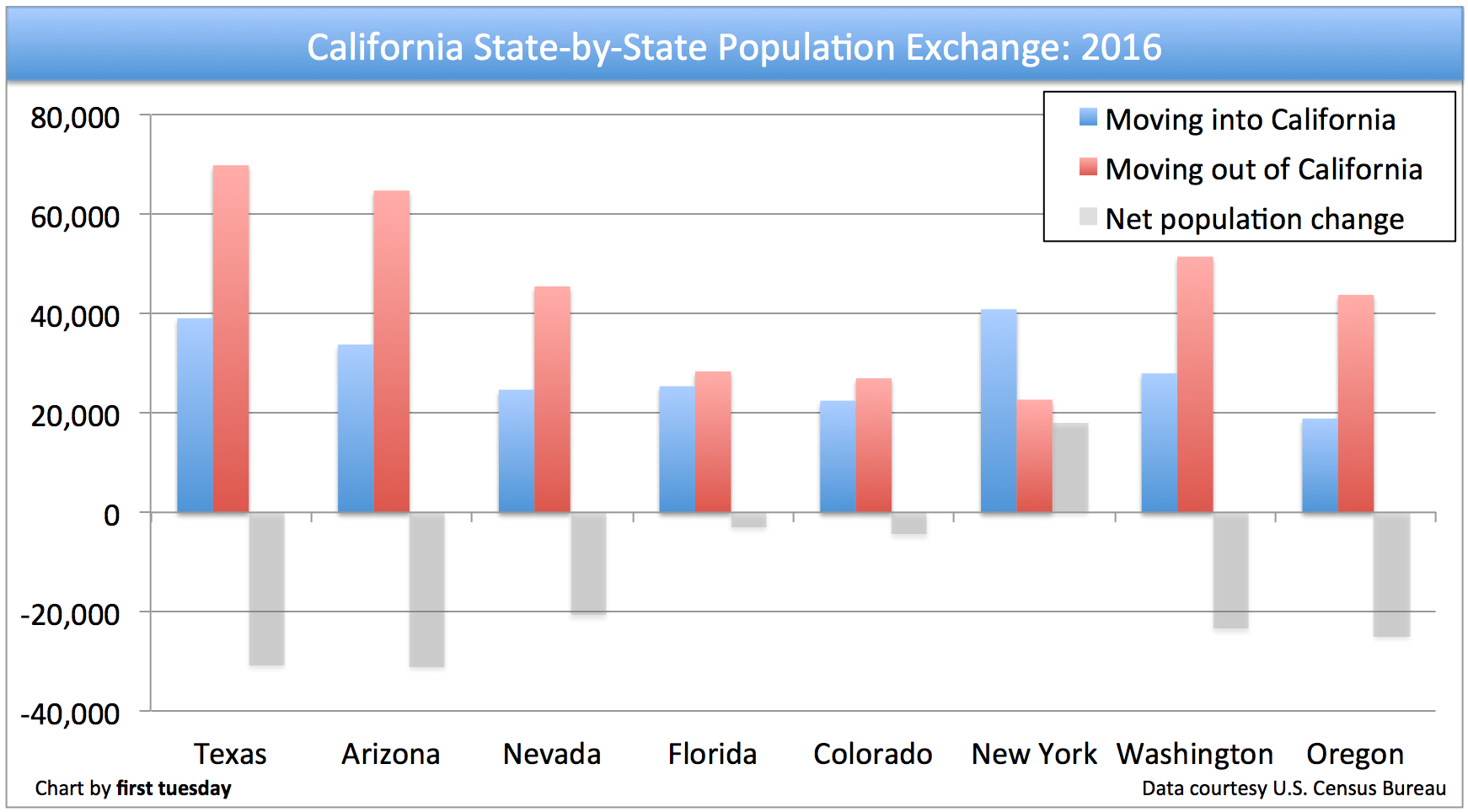 California received 514,500 new residents from other states in 2016, a number equal to 1.3% of the state’s total population. The states from which California experienced the largest population gain were:

However, 1.7% of California’s population emigrated to another state in 2016, which amounts to 657,700 individuals exiting the state. The states receiving the most former California residents in 2016 were:

Editor’s note — Within the U.S., more people moved out of California than moved in. However, California netted 42,600 individuals from other countries in 2016. When considering both types of immigration, the total population increase via migration was 33,500 new residents.

The demographics of those entering

What is the average person moving to California from another state like? Recent years have seen slightly older and more educated residents entering the state.

The median age of a new California resident who moved from another state was 28.6 years in 2016. Contrast this with a decade ago, when the median age was 27.1.

Of those who moved into California from another state in 2016 who were 25 and older:

This recent migrant population is significantly more educated than the typical California adult already living here. For instance, only 12% of the total California population aged 25 and over has a graduate or professional degree, compared to 27% of residents moving to California in this same age group in 2016.

This more educated and experienced generation of migrants points to the desirability of the state’s healthy jobs market. These jobs are concentrated in California’s coastal cities, especially the Bay Area, Los Angeles and San Diego.

The demographics of those leaving

What about the former residents who left California in 2016?

Consider United Mover’s 2016 study of moving patterns. The study found the number one reason for those moving out-of-state was a job — 47% of respondents. However, of those moving into the state, 68% moved for a job, thus the state’s employment market is more likely to bring people into the state than out of it.

On the other hand, California is losing residents in high numbers to states like Arizona, Florida and Nevada — states popular with the retired population.

Given California’s high cost of living, it’s no surprise retirees may prefer to move somewhere where their retirement income stretches further. Sunny states with no income tax, like Florida, Texas and Nevada, are all attractive places for retirees to move.

How to use this information

Looking at the data, it’s clear more people move to other states than enter each year, not great news for housing. But real estate professionals need to look to the positives for direction.

The first positive is that those coming into the state are more productive members of the economy than those leaving. Highly educated, working adults are moving to California each year, and real estate professionals should take notice by capturing the business they bring.

Additionally, since the number of international migrants continues to increase each year, agents can seek to grow their clientele in their local international community.

Relocation agent is a title real estate agents and brokers can add to their profile to attract more recent arrivals. Growing businesses may want your assistance in relocating their new hires from out-of-state, so reaching out to these businesses is a good start. Another way to grow business as a relocation agent is becoming active on online forums where those moving from out-of-state are looking for information on the community.