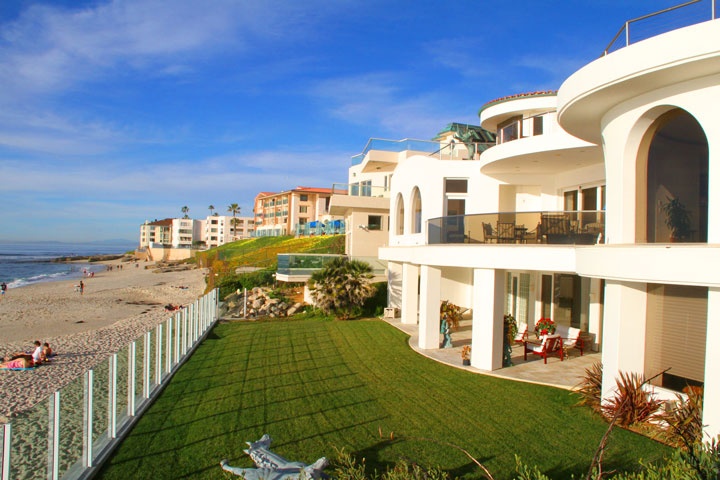 Using the Economist’s House-Price Index, we look at home price movement in the U.S. and four other countries. This index is updated through the first quarter (Q1) of 2016.

Compare U.S. home prices to other industrial nations, and you’ll notice the other nations on the chart did not experience the same drop in prices during the financial crisis and 2008 recession. While home prices in the U.S. are just now reaching the same heights as during the Millennium Boom, other nations’ home prices are well above that point.

However, California home prices are higher on average than the rest of the U.S., having increased since 2000 an average 230% in Los Angeles, San Diego and San Francisco, according to the Case-Shiller home price index.

The Economist names these nations’ big cities as the drivers behind the significant home price growth since 2000. This logic applies to California, which is home to multiple major metropolitan areas, not to mention the world’s sixth largest gross domestic product (GDP).

IRRATIONAL EXUBERANCE THE WORLD OVER

Why have home prices grown so rapidly in big cities in California and elsewhere?

One factor for the extreme growth in housing prices in other nations may simply be that income and consumer prices are growing at the same rate as housing. Incomes and the cost of living tend to be higher in cities. So naturally, housing prices ought to follow.

But this is only a very small part of the equation that led to the rapid price growth seen in the past couple decades. In California and abroad, home prices have far outpaced incomes. In London, the average home price was seven times the average Londoner’s annual income in 2002-2012. Flash-forward to 2016, and the average home costs 12 times more than average income, according to the Economist.

The European Central Bank warns of excessive exuberance in certain European housing markets. Their warning focuses on the waves made by housing trends, as an overvalued housing market can lead to instability in other financial markets, as well.

The Federal Reserve Bank of Dallas identifies periods of exuberance when home prices exceed housing market fundamentals. When home prices move in line with incomes, a normal, “non-exuberant” market exists. However, explosive prices signal instability in the housing market, and the increased likelihood of a future housing crash.

Are homebuyers and sellers driven by an irrational exuberance in California?

Possibly — but we’re not likely to see the same crash following the exuberance that gave fuel to the Millennium Boom.

That’s because the exuberance that took hold of the U.S. during the Millennium Boom was due to the belief that prices would only go higher and that housing was a fool-proof investment worth putting yourself at great financial risk to obtain.

In the years following the inevitable fallout, homebuyers and sellers — and regulators — have become more knowledgeable and cautious. 2017’s market is driven not by irrational exuberance, but by factors more easily identified, namely:

Still, home prices aren’t expected to continue at their breakneck pace forever. Once residential construction rises to meet demand — which will occur once zoning regulations loosen in the state’s metro areas — prices will level off. This process of catch-up will take several years, expected to peak around 2020-2021. In the meantime, prices will dip briefly by the end of 2017 in response to the mortgage interest rate increase which began at the end of 2016. Prices will resume their upward march later in 2018.

While instability sways the housing markets in several foreign countries, California is likely safe from any major crashes in the coming years.

In fact, as a positive note for U.S. real estate, foreign instability has caused many global investors to pour money in to the U.S. Most significantly for real estate professionals, global investment in U.S. treasuries has kept mortgage interest rates relatively low for the past couple of years.

Still, California lawmakers can do more to safeguard homeownership. It starts with encouraging more building in our state’s busy metro areas. This will cool off the home price rise, bringing prices closer in line with homebuyer incomes and returning some stability and predictability to the housing market.