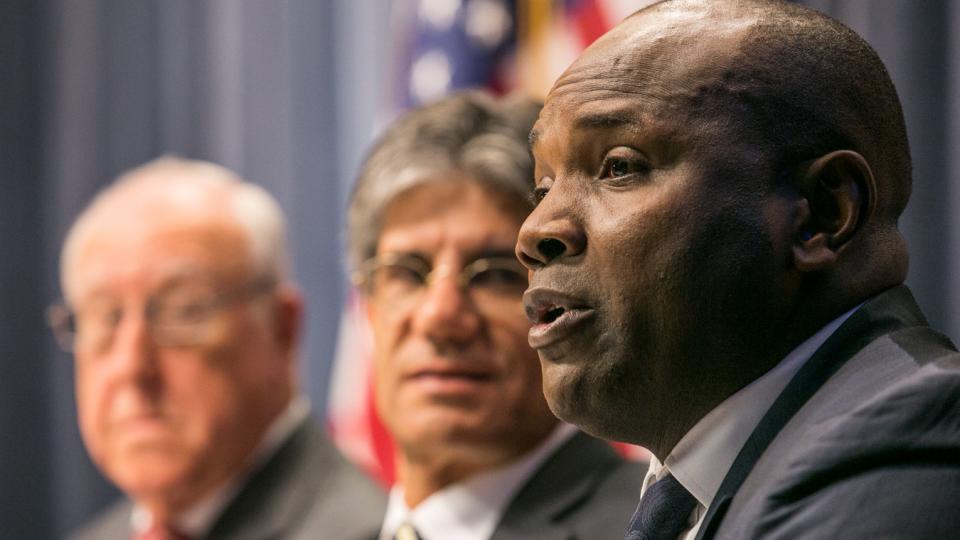 Posted at 17:04h in From Luis, with Love by Erica Vautier 0 Comments
0 Likes
Share

Original article can be found here.

While the fight to eradicate polio suffered a blow this year when the virus re-emerged in Nigeria, Rotary leaders and top health experts focused Monday on the big picture: the global presence  of the paralyzing disease has never been smaller.

The headquarters of the U.S. Centers for Disease Control and Prevention (CDC) in Atlanta, Georgia, USA, served as the site of Rotary’s fourth annual World Polio Day event. Some of the biggest names in the polio eradication campaign were there to reflect on the year’s progress and discuss what’s needed to end the disease for good.

In a question-and-answer session with Kluger, CDC Director Tom Frieden talked about the latest developments in the effort to eradicate polio.

The total number of cases worldwide so far this year is 27, compared with 51 for the same period last year.

Unfortunately, Nigeria slipped back onto the list of countries where polio is endemic this year, after cases appeared in the northern state of Borno, which was under the control of Boko Haram militants until recently. The World Health Organization estimates that the virus has been circulating in the region for five years. The country was on the verge of celebrating two years without any polio infections.

But this hasn’t stopped Rotary and its partners, who are working with the Nigerian government, Chad, Cameroun, and parts of the Central African Republic, from executing a sweeping emergency response. Shortly after the outbreak, a robust immunization campaign targeted about 1 million children with both oral and inactivated polio vaccines.

“Because the new cases were only detected due to ongoing surveillance efforts,” said Frieden.  “We shouldn’t be surprised to see more cases, because better surveillance means better detection of all polio cases.”

Polio eradication efforts continue to make progress in Afghanistan and Pakistan. In Afghanistan, cases dropped from 13 in 2015 to eight so far this year. In Pakistan, they decreased from 38 to 15.

Frieden cited innovative tactics for reaching children in Pakistan who were often missed in the past. These include placing permanent vaccination sites at entry points to the country, provinces, and large cities. Rotary has funded the purchase of cell phones for vaccination teams, so they can send data to health centers immediately.

“The virus is cornered, we just have to make sure never to let it out again,” Frieden added.

Dennis Ogbe, a polio survivor and Paralympian athlete, told his personal story of survival. Ogbe contracted polio at age three at a clinic near his home in rural Nigeria while being treated for malaria.

Ogbe competed in the Paralympics in Sydney in 2000 and London in 2012. But he says the toughest challenge he’s faced is helping to rid the world of polio.

Shira Lazar, host of the show “What’s Trending,” gave a social media update during the live streamed event in which she announced that more than 3,000 World Polio Day events were happening around the world. In Pakistan, a huge End Polio Now message was illuminated at the Kot Diji Fort in the Khairpur district.

Video addresses came from Maryn McKenna, author and journalist, and new polio ambassador Jenna Bush Hager, chair of UNICEF’s Next Generation, a journalist, and an author. Hager’s father-in-law is a polio survivor.

Rotary, with support from the U.S. Fund for UNICEF, also debuted a virtual reality presentation that transported attendees to the streets of India and Kenya, where they interacted with polio survivors and heard their stories.

“This is very good technology to put people in places where polio has affected so many,” says Reza Hossaini, director of polio eradication for UNICEF. “It’s important we see the places and people we are helping with our polio eradication programs.”

Rotary has contributed more than $1.6 billion to polio eradication since taking on the virus in 1979.

“We started this more than 30 years ago,” said Germ. “We’ve stuck with it all this time. And soon, we’re going to finish it.”